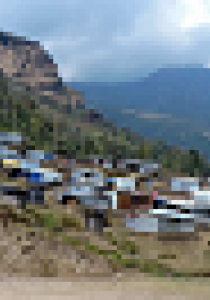 We are happy to announce that the sixth Displacement Tracking Matrix (DTM) report is a vailable now online. The DTM report is produced by the International Organization for Migration in its role as Camp Coordination and Camp Management Cluster Lead Agency. The DTM monitors the status and location of displaced populations in temporary displacement sites, gathering information about humanitarian needs and gaps of persons displaced by the earthquake. The data is collected primarily through key informant interviews, observations, and small group discussions with men, women and children. From 22nd February to 6th March 2016, the DTM team identified and visited 107 potential displacement sites across the affected districts. Of these, 82 were active and hosting 20 households or more in camp-like settings while the remaining 25 were found closed or below DTM criteria (20 or more households). These 82 sites were hosting an estimated 5,727 households (26,272 people). Of this population, 13,847 were female, 12,425 were male and 3,394 were children under 5 years old.