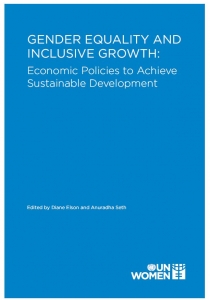 More than 75 per cent of the world’s population lives in societies that are more unequal today than 20 years ago. In many parts of the world, income gaps have deepened despite impressive growth performances. The sharpest increases in income inequality have taken place in those developing countries that were especially successful in pursuing vigorous growth and managed, as a result, to graduate into higher income brackets.1 Economic progress may well exacerbate inequalities, not alleviate them.