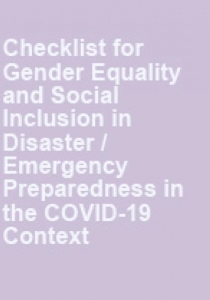 Disasters or emergencies do not affect everyone in the same way. In every humanitarian crisis, we know that women and girls are affected differently than men and boys, and that vulnerabilities are often exacerbated by other factors such as age, disability, sexual orientation and gender identity, caste, ethnicity or religion.